Several years ago I visited my great Aunt Bertha and she shared with me an album that she believed was from her mother’s family.  It was one of those old albums with red velvet on the outside and each photo was on its own page with gold brackets on the upper and lower corners of each page.  I was so thrilled to see it and look at all those photos but Aunt Bertha didn’t know who any of the people were.  In hopes that there might be identification on the backs of the photos we pulled a few out and for a moment I thought we were in luck until we read the caption, which said “Me and him”!  Obviously, it was not even a thought that someone would not recognize the people in the photo.  How sad it is to me that those photos were in such great condition yet unnamed and now, I don’t know who may have them.  Unfortunately, at that time I did not have a laptop so I did not scan or get copies of those photos.

About two years ago, I met with a first cousin once removed, Bill, who had some of Aunt Bertha’s photos but he did not find that album.  I would dearly love to find out who has that album so I can scan those photos and try to figure out who they are.  During my visit with Bill I did scan several photos but most of them had no identification on them and Bill did not know who they were.  Here are a few that I have determined some pieces of information about. 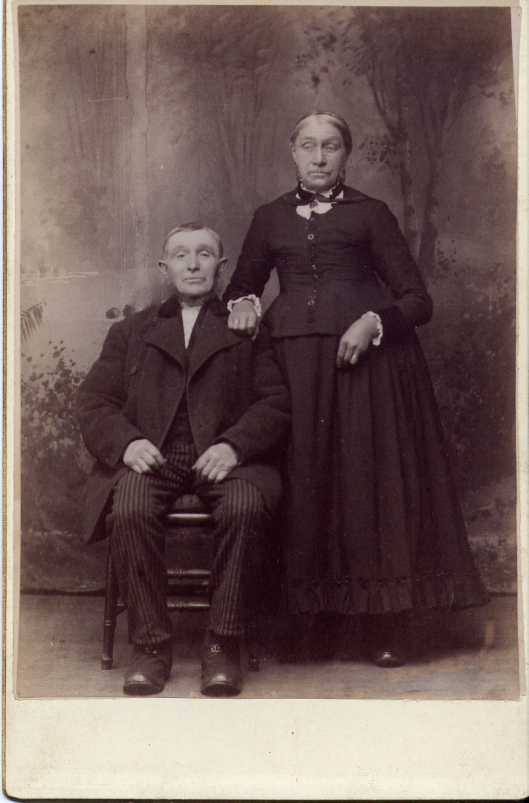 The photo of Jakob and Anje is an original that had been photocopied on the cover of the Brown genealogy that was distributed to the family many years ago and the people were identified so this one was easy for me. 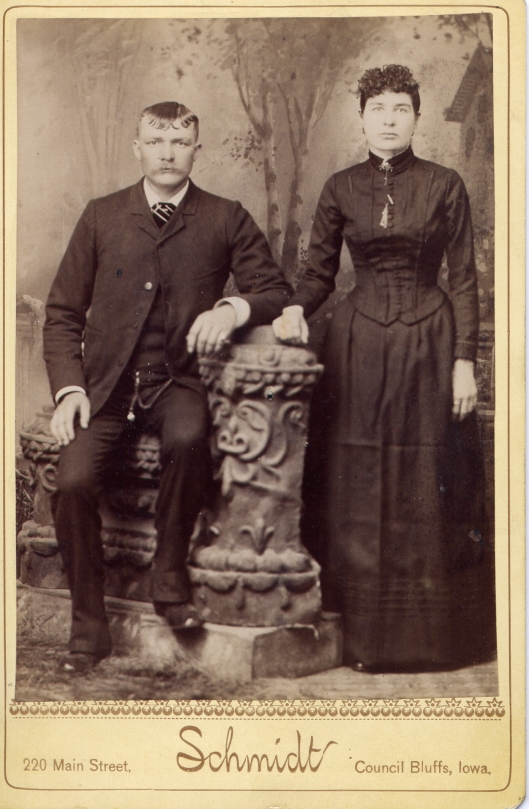 This looks like it may have been a wedding photo and it was interesting to identify.  I already had a photo of this woman but there are differing thoughts on who she was. The photo I already had was of flowers for possibly for Mary DeVries Brown’s funeral and only had her in the photo.   When I saw the original that included another person, I was thrilled. 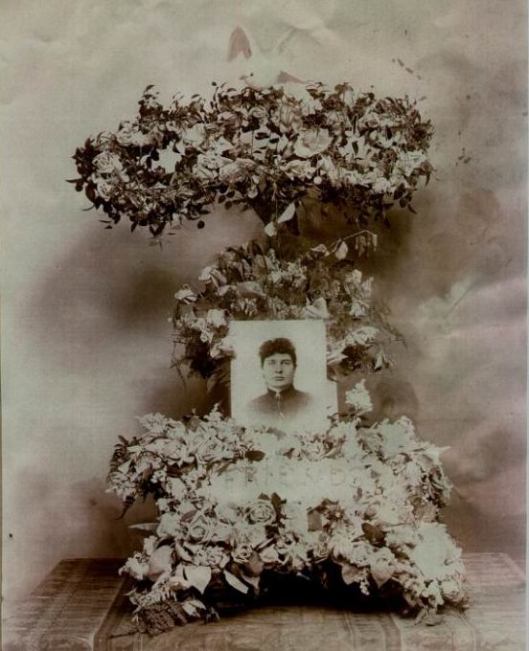 Is this Isaac Brown?

When I came upon this photo I noticed the similarity with Isaac Brown and it was, like the others, taken in Council Bluffs, Iowa.  Notice the backgrounds in the photos, they are the same.  Two of the portraits were taken by Schmidt and one does not have the photographer named.

Here’s another photo of a baby taken in Council Bluffs and I have no clues on how to identify this baby.  Isaac and Mary’s first 4 children were born in Council Bluffs, which makes me wonder if this photo is of their first child or of my great grandfather.  Their first 3 children were boys and the 4th was a girl.  I’m not sure if this is a boy or a girl since boys were commonly clothed in dresses when they were young.  Update:  photo identified as John Brown, my great grandfather.

I’d be delighted to hear suggestions on ways to determine more about these photos.