My Grandmother Ottie began working at Woolworth’s in Enid, Oklahoma after her father died in November 1925.  While working there she met Pearl Brown and her brother, Claude.  Sometime in 1927 Claude and Ottie began dating and Ottie kept a photo album of some of the places they went and things they did while they dated.  Here is a sample from that album. 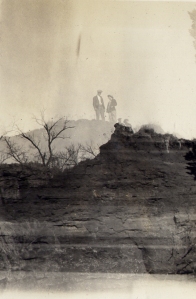 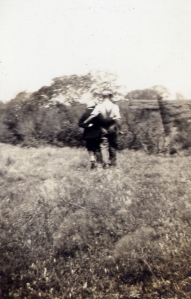 In October 1930 with Claude’s cousin Louie Reddick and his wife, Frankie, present Claude and Ottie were married.  For their honeymoon, they drove to Phoenix, Arizona and Ottie recalled that “I had never been anywhere in a car before. And I was so afraid that we would be lost that I carried the map right along with us.”  While they were in Arizona they visited Ottie’s mother and sisters. 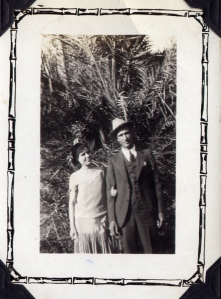 The newlyweds, Claude and Ottie Brown 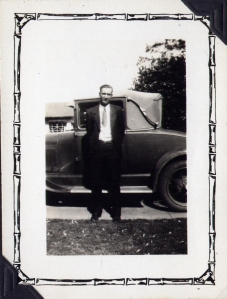 Claude with his car 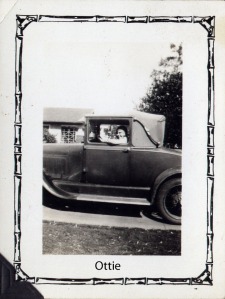 Ottie in the driver's seat but she never did learn to drive. 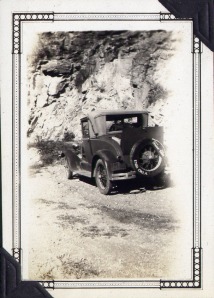 Their car, wonder what kind it is?

Claude and Ottie were married for 57 years when Claude died in 1987 in Oklahoma City.