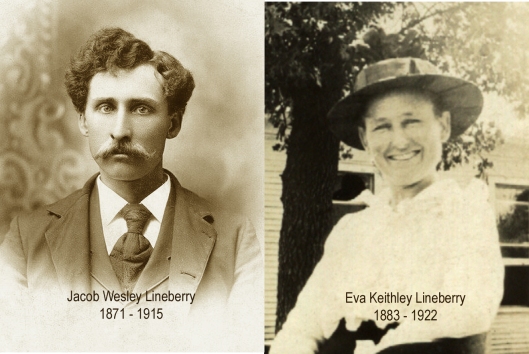 Jacob Wesley Lineberry was born in Carroll Co., Virginia and decided to move away from that area to try to take advantage of greater opportunities for himself and for the children he hoped to have. (Read his letters to his brother). By 1898 he was living in Omaha, Nebraska and by 1900 he was living in Carterville, Missouri only a few doors away from his future wife, Eva. He moved to Oklahoma and later Eva moved and the two married in Greer Co, Oklahoma on January 11, 1902. Jacob was 30 and Eva was just about to turn 19. They resided in Hobart, Indian Territory, moved several times but spent most of their years together in Capitol Hill, Oklahoma. Throughout their marriage they had 7 children and Virginia, my grandmother, was their youngest child. See Jacob’s parents and siblings or Eva’s father and siblings. 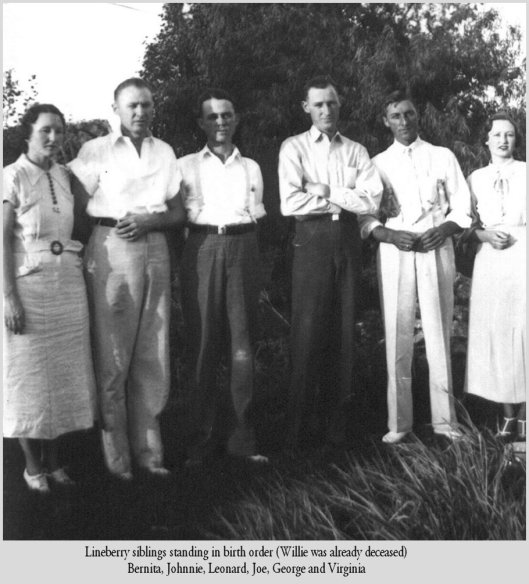 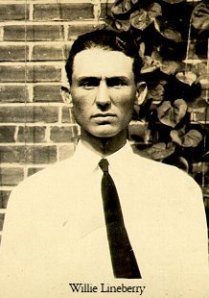